How to Become a Published Author and Start Making Passive Income - Ep. 36

It's now easier than ever to become a published author in the digital age. Listen to the full episode and learn how to become an author and make passive extra income on the side!

Welcome to Degree Free, where we explain what you can do instead of going to college, and how to teach yourself, get work, and make good money.

In this episode, we talk about:

• How to be a self-published author and start making passive income
• Everything you need to know on the process of how to write, publish and market your book
• How to self-publish on Amazon and why it's currently the best platform to publish your book

Ryan talks about why you should hire a professional editor to ensure a much better quality of your book.

Hannah also shares tips and tricks on how to get reviews on your book so that you can increase your social proof and gain more sales.

Check out our workbook to learn how to Teach Yourself. Get Work. Make Money. No Degree Needed!

Like, subscribe, write us a review, and if you have a question or want some advice email us at [email protected]

Join the Degree Free! Receive our weekly newsletter and get exclusive tips and tricks to get hired and make money without a degree!

Listen to the episode on: Apple Podcasts, Google Podcasts, Spotify, Amazon Music, iHeartRadio, or on your favorite podcast platform.

You can find the transcript of the episode below the show notes.
KEEP SCROLLING FOR LINKS AND SHOW NOTES...

Check out the previous episode to learn how to educate the younger generation on how they can become more successful through a different path from college.

Links and Notes from the Episode

Episode Transcript
Please enjoy this transcript or our episode!

Please note the transcript may have a few errors. We're human. It can be hard to catch all the errors from a full length conversation. Enjoy!

Join the Degree Free! Receive exclusive tips, tools, and resources so you can crush it no degree needed: 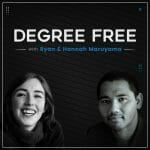 You don't need a degree. At all. 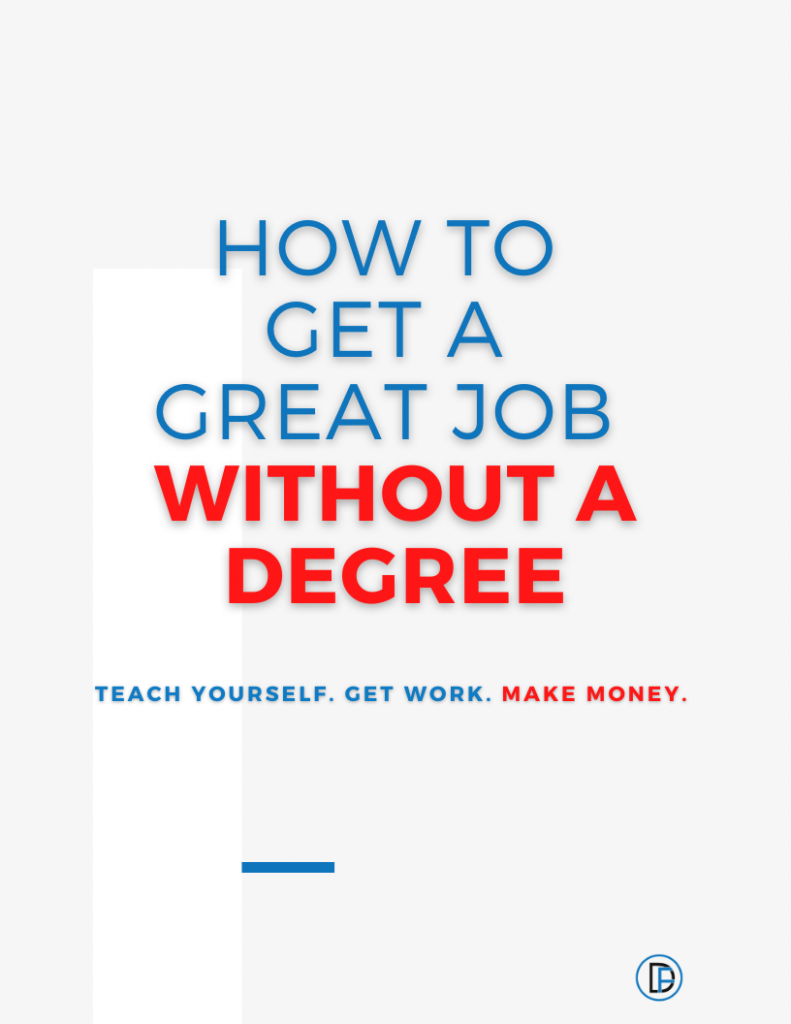 Worst Failures #3: Waiting For The Right Idea - Ep. 81
Your Biggest Problem in Finding a Job: Self Elimination - Ep. 80
How to Brute Force Your Way Into Work: Volume Applying - Ep. 79
The Secret to Landing a Job at Microsoft with Jerry Condra - Ep. 76
How To Get a $100,000+ IT Job with Bootcamps & Certifications with Eric Ostler of Nike - Ep. 75

We'll show you how.
Check out our workbook
AWESOME!
TAKE THE FIRST STEP TOWARD JOINING THE DEGREE FREE:

WANT GOOD WORK AND GREAT PAY WITHOUT A DEGREE?

Our free weekly newsletter gives you everything you need to know to find work and get paid!

Are You Ready to Join the Degree Free?